Family Justice Minister Simon Hughes has promised action on the problem of the growing numbers of litigants in person in our courts, following the legal aid cuts last year. Speaking at the Liberal Democrat party conference he said that he had persuaded colleagues at the Ministry of Justice to find a solution to the increasing number of unrepresented people in court and that an announcement would be made within weeks. He also indicated that the application process for exceptional funding – designed as a safety net for ‘deserving’ cases that are outside the scope of legal aid – would be made ‘much easier’ before the 2015 general election. The Liberal Democrats, however, will not be supporting any restoration of legal aid, without which any action will surely be little more than a sticking plaster.

Single parent charity Gingerbread has warned that new government figures indicate thousands of parents are choosing not to seek help from the new government Child Maintenance Service because of new charges brought in this summer. The figures, published on the 30th of September, show for the first time the impact of the £20 application fee to use the new Child Maintenance Service (‘CMS’), which is gradually replacing the Child Support Agency. 3,700 fewer parents applied to the new CMS in August than in May this year, after charges were introduced on the 30th of June, a drop of 38 per cent. No surprises there, then.

A judge has expressed concern about the availability of legal aid for a mother who has difficulties in hearing, in speech and also intellectual difficulties. In Re H the mother had been refused legal aid to be represented in a case concerning the welfare of her four children, despite the father being represented with the assistance of legal aid. Her Honour Judge Hallam said that “if legal aid is being refused to people such as this mother I am satisfied that injustices will occur”. She directed that a transcript of her judgment be sent to the Legal Aid Agency and the President of the Family Division. Whether the Agency will take notice is another matter.

Finally, and along similar lines, Mr Justice Baker has said that denying legal aid to parties can cause cases to take considerably longer and can therefore be a false economy, as mentioned here in this post. Still, I’m sure Mr Hughes will sort out the problem…

The post What family lawyers were talking about this week… appeared first on Stowe Family Law. 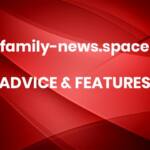